Bitcoin and Ethereum, the top two coins in the crypto-market, have not been able to break their key resistance levels yet, with Bitcoin’s at $10,000 and Ethereum’s at $220. As seen in the attached charts, Bitcoin registered significant gains in the month of April and even managed to reach the $10,000-mark on 7 May. However, the coin soon fell by 14.5% the very next day. It was trading at $9,250, at the time of writing. 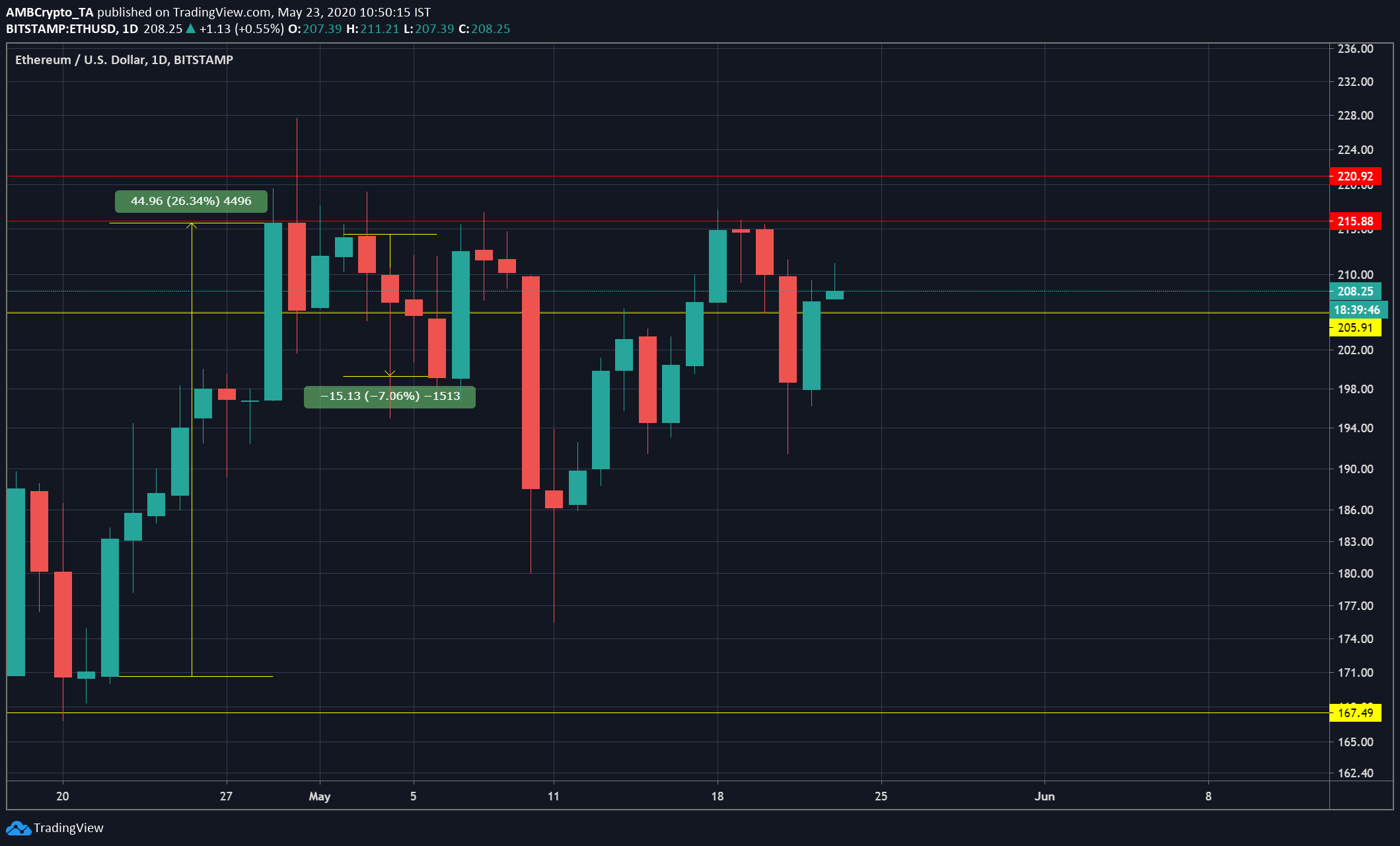 The king coin was supposed to rise up and breach its resistance and reach new heights post the third halving, as predicted by so many traders and analysts. But, as can be seen on the charts, the top coin is still struggling to reach its key resistance level, while the same goes for the market’s top altcoin. What does this say about the current state of the crypto-market? Where is it heading?

A recent report released by OKEx noted that the Implied volatility [IV] of ETH had recovered while the IV of BTC was relatively fluctuating. The report, in its findings, opined that ETH seemed “comparatively favorable or, at least, more willing to be bet on by traders.”

Interestingly, the report also looked into Bitcoin’s rising put/call ratio, with OKEx noting that “the put/call ratio has surged to a level where BTC has touched 10000 in early May. That could indicate that options traders may not anticipate a BTC price rebound at current levels.”

Such is the case not just for Bitcoin and Ethereum, but also for other coins like Litecoin, XRP, Monero, and many others.

Putting things into perspective, the crypto-space, despite the flowery predictions being made, is still a long way away from breaching their resistance levels on the charts.