Digital assets such as Bitcoin and the other altcoins, all differ in some way or the other and one of the most important metrics used to describe their difference is each asset’s circulating supply. Whereas Bitcoin has a fixed supply of only 21 million, Ethereum’s supply increases every year.

The circulating supply of a digital asset also represents the total amount of native tokens on a blockchain ledger, with which the market capitalization and liquidity is calculated. However, this is the major catch with virtual assets. Since these currencies are just codes and not physically available, a lot of the tokens of various blockchains have been lost of the years.

Coinmetrics recently introduced the development of its CM Free Float Supply, a new metric to accurately represent the supply of an asset available in the market. The Free Float Supply has been represented as follows according to the Formula below.

The Free Float metrics were applied across different platforms and certain interesting insights were identified.

Since both BTC and LTC had no ICO, they were no founding team tokens and nothing was pre-mined in the ecosystem. However, both the blockchains were over five years old and had UTXOs untouched in over 5 years. Therefore, substantial divergence was observed between their Free Float Supply from their Current Supply. 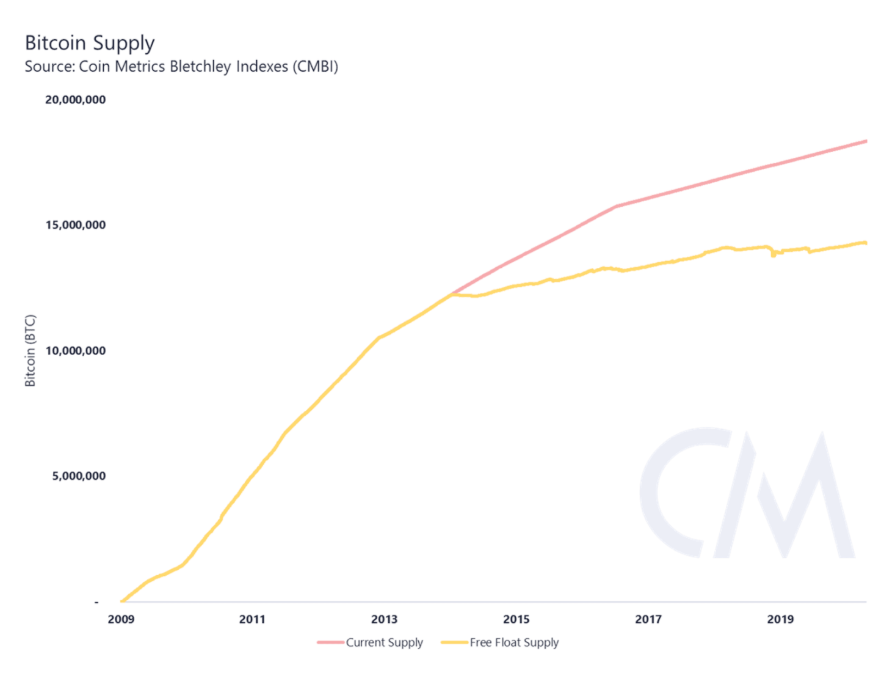 Ethereum was one of the first coins to be released with an ICO. The Ethereum foundation allocated significant portions of the current supply to the founding team members. However, these foundation tokens are utilized to fund long-term growth initiatives from time to time. The report mentioned,

“The Ethereum foundation now only holds around 0.5% of the total ETH supply. A further 1.0% has been identified as founding team tokens and 0.5% was probably lost in the Parity wallet bug.”

Now XRP and XLM provided some of the largest different contrasting supply between Free Float and Circulating supply. Coinmetrices had identified a significant amount of restricted supply in their respective blockchain as both the foundations have held the majority of the current supply.

“In the case of XRP, all foundation, and team tokens identified and all escrowed tokens have been removed to determine the free float. There were no identified provably lost tokens (>0.1%) or burned tokens (>0.1%) still present on-chain.” 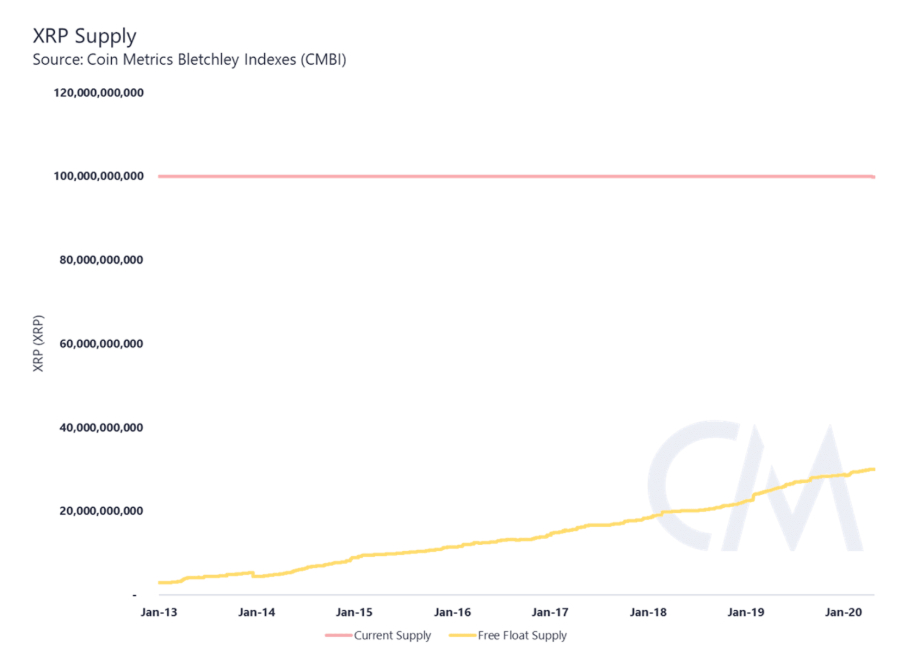 But how important is this circulating supply?

Although it is an important metric, by all means, the importance of circulating supply would vary from token to token, in terms of what utility a particular asset adheres to. For example, the supply of Cardano is extremely large and it needs to be considering the project is aiming to deliver a blockchain-based financial tool that can be accessed by billions of people across the globe.

Now, Bitcoin has a less supply in comparison but its utility is moving towards a Store-of-Value and hence it would not be transacted as much it was initially supposed to.

Plus, the supply of cryptocurrency does not have any impact on price fluctuations. However, the development of Free Float could be imperative to understand the circulation aspect of cryptos and it should definitely provide an improved level of transparency and cohesion between investors and their assets.