The Liquidity Index Bot monitor has recorded an increase in liquidity of XRP for its three main corridors with Bitso in Mexico, BTC Market in Australia, and Coins.ph in the Philippines. The corridors operate with Ripple’s payment solution On Demand Liquidity, formerly known as Xrapid. According to the Liquidity Index Bot, the corridor between the United States and Mexico has been experiencing strong growth since early May.

The corridor had suffered a drop at the end of April, as shown in the image below, but has been recovering with the possibility of reaching new all-time highs in liquidity soon. According to the available data, the volume on 14 May was 31,087,590 XRP with daily progress of 92%. 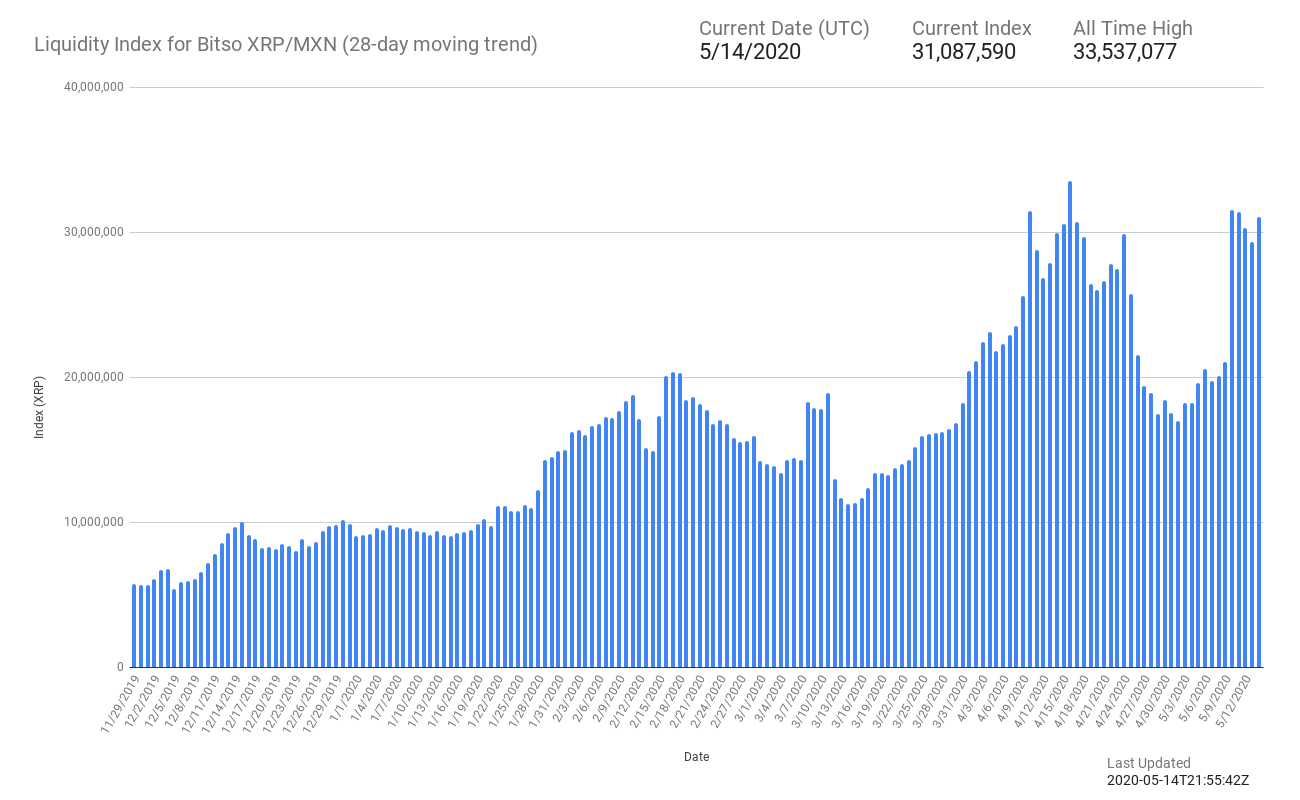 As reported by CNF, Bitso and Ripple have an ambitious goal of processing 20% of remittances between Mexico and the United States with On Demand Liquidity. On the other hand, the corridor for Australia has also experienced a strong growth in recent days, after a drop that continued during late April and early May. The transaction volume reached 13,494,974 XRP with daily progress of 92% and an all-time high of 14,427,181 XRP. 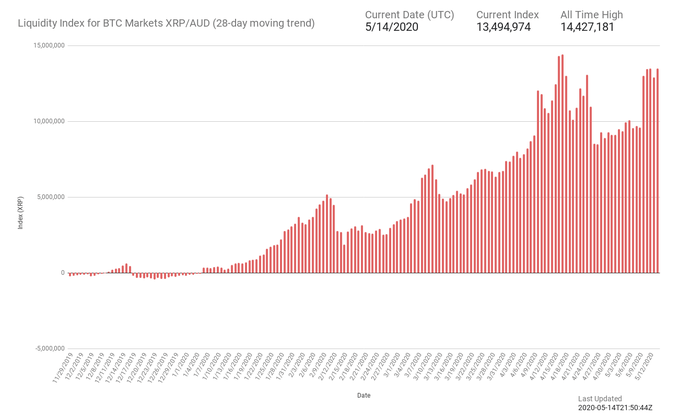 Finally, the Philippine corridor with the XRP/PHP pair also showed a significant recovery after suffering a drop in the same period as the other two corridors. According to the Liquidity Index Bot, the corridor registered a volume of 9,652,859 XRP with a 92% day’s progress and a maximum of 11,508,218 XRP as can be seen in the following chart: 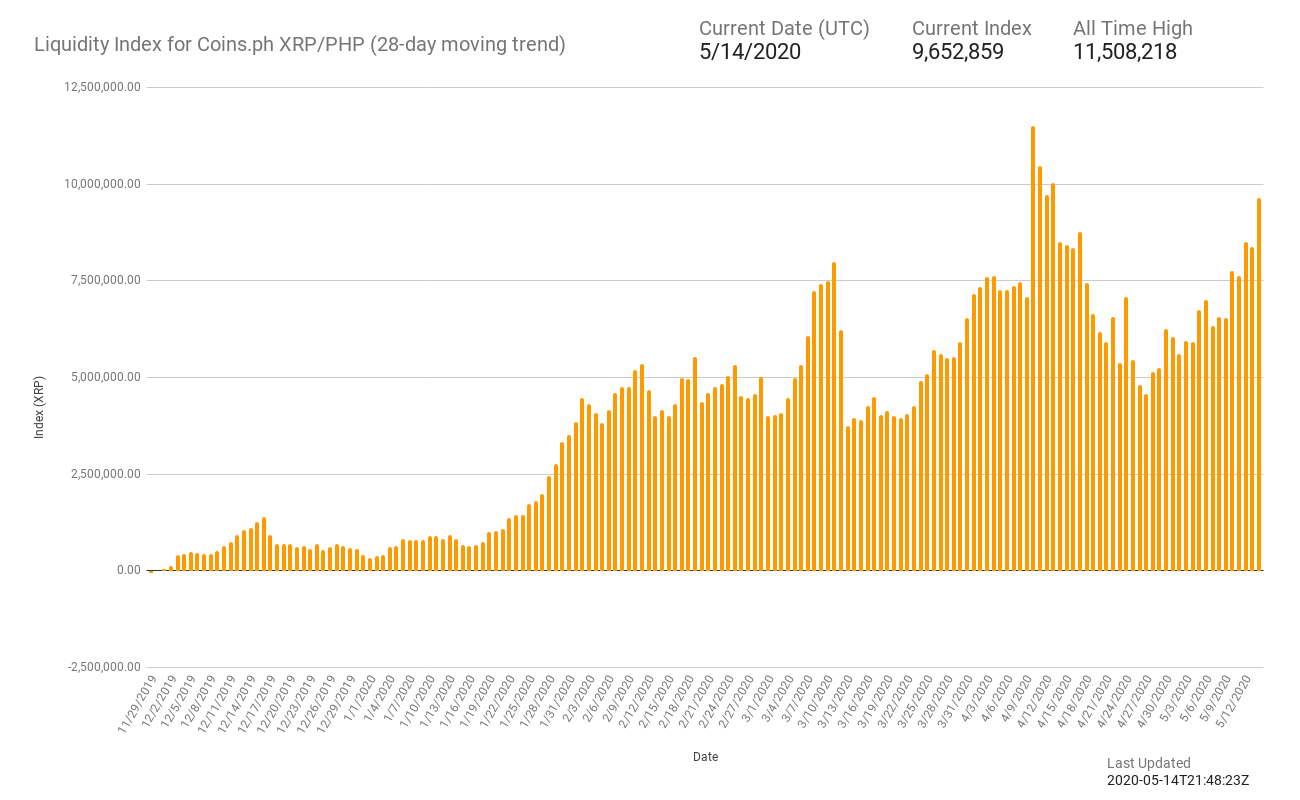 In all these corridors, the downward trend of last week has thus been reversed, and if the trend continues, it is possible that the corridors will soon reach a new all-time high in liquidity.

XRP’s role in solving problems with cross-border payments is a perfect use case that will drive growth, which is why Bitrue decided to make it the central asset of our exchange. In addition, our connection to XRP’s highly-engaged community differentiates us from the thousands of other exchanges out there.

In addition to using the On Demand Liquidity solution, the exchange has incorporated another use cases for XRP, as Wang stated:

We’ve also launched digital asset-backed loans that allow people to use their XRP as collateral to borrow our assets like Bitcoin, Ether or a stablecoin like Tether.