Both companies hope to grease the skids of digital commerce in the game, so that both players and the companies can make money from a new form of monetization built around user commerce inside the game.

Linden Lab created the digital payment and wallet functions of Tilia for its Second Life game, which supports annual commerce of about $500 million per year, as the residents of the virtual world can create digital objects and sell them to each other. Now Tilia will be implemented in the Monopoly-like Upland game, which is available on iOS and Android.

The Upland game uses blockchain — the decentralized, secure, and transparent digital ledger — to verify ownership of the digital properties that its users buy in its virtual world, which is an overlay on the real world. To handle the money transactions, Uplandme turned to Linden Lab’s Tilia, which has a digital wallet and transaction system that allows players to trade virtual properties for real-world (fiat currency, such as the U.S. dollar, as opposed to cryptocurrency) money.

By using fiat currency, Upland can stay in compliance with money transmission regulations in the U.S. And in this way, players can actually own the digital goods and properties they buy in Upland, said Dirk Lueth, cofounder of Uplandme in an interview with GamesBeat. If the game ever shuts down, the players will theoretically be able to take their property and move it elsewhere, in contrast to other games where players don’t really own the objects that they build or trade.

Available cross-platform via browser or as free on mobile, Upland is a virtual layer mapped to real-world addresses – currently throughout San Francisco, and soon rolling out to other cities and regions. Upland’s use of unique or ‘non-fungible’ tokens enables true ownership of the game’s properties, allowing players to sell or trade their digital purchases.

Above: Upland is a Monopoly-like game where you can buy real-world properties in a virtual world.

Ebbe Altberg, CEO of Linden Lab, said in an interview with GamesBeat that the company developed Tilia for Second Life. And only recently did it package its components and make it available to outside companies to use. Uplandme is the first customer to start using Tilia, which is headed by Aston Altman, CEO of Tilia and chief financial officer of Linden Lab.

“With Second Life, we have been running a virtual economy for a long time,” Altberg said. “We have the most flexible type of in-world game economy that there is in a game with including the ability to cash out real money. Second Life users last year cashed out over $65 million and
we have a gross domestic product of over $500 million per year inside the world. Over time, we had to comply with all the regulatory requirements around the fact that this is money transmission between users. And so we acquired all the licenses that money transmission licenses and all the states to do that and created the entity Tilia to perform that service.”

“We realized that this would be a great opportunity for us to offer the service the services of Tilia, and so that’s the path that we’re starting here with Upland being the first customer,” Altberg said.

Tilia Pay will be implemented into the Upland game in the coming weeks, enabling players to sell their owned virtual properties for real-world currency in the in-game marketplace.

Uplandme was founded in 2018 by serial entrepreneurs Lueth, Idan Zuckerman, and Mani Honigstein. The company launched its Upland closed beta in June 2019 and it has 1,000 to 2,000 daily active users for Upland. Uplandme has 22 employees and it is based in Mountain View, California. The company has raised $3.3 million.

“We’re using this new service from Linden Lab to enable players to actually see real-world value in their digital goods in their in-game purchases,” Lueth said. “We sell properties which are based on real-world addresses and right now we’re live in San Francisco. You can purchase those virtual properties and start playing Upland.”

Like in a kind of virtual Monopoly, you have to acquire three properties that are related in some way, and then you can start collecting more rent on the properties. You are paid in the game’s own currency, and you can cash this currency out as U.S. dollars using Tilia. You can also earn currency in the game through treasure hunts. 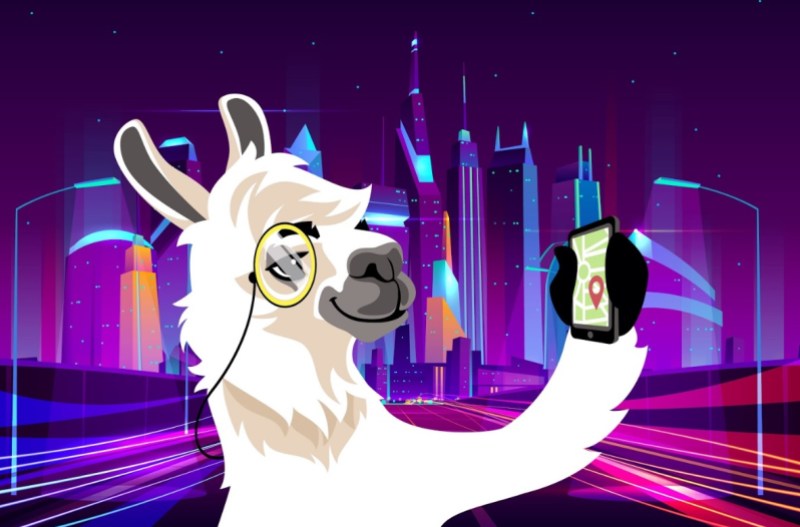 Above: Upland is using Linden Lab’s Tilia for money transactions.

The game is built on top of the EOS blockchain, and that helps with adoption among cryptocurrency fans.

“What was the missing thing for us was the power for people to be able to extract value out of the game because we strongly believe that we are a new genre of game, where people actually can actually take their assets out of the game,” Leuth said. “We had to have a way to get fiat currency out, and that is how we started working with Tilia.”

Leuth said that it would have taken a lot of time and money for Uplandme to do what Linden Lab had already done with Tilia. Altman said it took over three years to obtain the state licenses and many millions of dollars. Tilia handles 1.5 million transactions a day with Second Life.

“The key components that no one else has is that we have the ability to insert a wallet of stored value into a platform, which is almost like a bank account, in your game, which can hold U.S. dollars, or fiat, as a second wallet full of virtual tokens, which is what most games have,” Altman said. “We allow players to use their USD wallet or their virtual currency wallet to pay for products in the game, to trade with each other, and then ultimately to extract that profit, since we can send that directly to that bank account via wire, on the same day over Paypal or an escrow account as they prefer.”

Over time, Leuth wants to grow Upland from a property-trading game to a parallel world that exists in a virtual space.

“Soon, people will be able to develop their lands and develop businesses,” Leuth said. “People can make objects like virtual cars and sell them and make money. That could blur with the real world.”