In an interview for a Japanese media outlet, legendary investor Jim Roger has predicted the death of Bitcoin (BTC). Roger claimed that Bitcoin and cryptocurrencies such as Ethereum, XRP and Litecoin have come out of nowhere to increase their value by 1000 times. Therefore, he considers the crypto market to be a bubble that will eventually burst.

However, Roger believes that in the future electronic money will be the norm and the means of payment that will be imposed by the governments of the world. This is because cash is expensive to issue, count and transport. In addition, governments will be able to exercise greater control over people by knowing exactly what they are spending money on. In other words, Roger predicts a future in which privacy is reduced to increase government control and said that the government has an advantage if it wants to destroy the cryptocurrencies:

In addition to weapons, governments can resort to the FUD effect (Fear, Uncertainty and Doubt) through the mainstream media, social networks and political campaigns. The last year, for example, has seen a tougher stance from the United States government towards Bitcoin. In that sense, Roger reaffirmed his position and said that the scenario will be worse if Bitcoin succeeds. The investor believes that the success of Bitcoin will lead to its outlawing, as Roger stated:

An Ark Invest report by Yassine Elmandjra supports the thesis that Bitcoin is rejected by many institutional investors. Though not necessarily because of government influence but because of myths that have become popular. Elmandjra claims that these institutional investors reject Bitcoin because of false information, inconsistent arguments and flawed analysis. The report aims to refute the top five myths about Bitcoin.

The first myth, according to Elmandjra, states that Bitcoin is a “too volatile” asset. However, the report determines that Bitcoin’s volatility highlights the credibility of its monetary policy. The price of Bitcoin, explains Elmandjra, is a function of its demand and scarcity as an asset that does not prioritize stability in its exchange rate.

Elmandjra then explains how Bitcoin’s forks will not negatively influence its price. This is because the value of Bitcoin cannot be replicated by software alone. Immediately, the report explains how Bitcoin’s intrinsic characteristics make it a competitor for the global money role and, consequently, a safe haven asset. This refutes that Bitcoin is a bubble.

Finally, he denies that Bitcoin spends too much energy and claims that, compared to the traditional market and gold, BTC is a more energy-efficient asset, as shown in the graph below. On the myth that Bitcoin is for criminals, the report states that the cryptocurrency is resistant to censorship and therefore does not recognize the identity of “criminals. To say that Bitcoin is for criminals is an argument that could be applied to the Internet, cars, or any other technology and in particular cash. So much for the bubble. 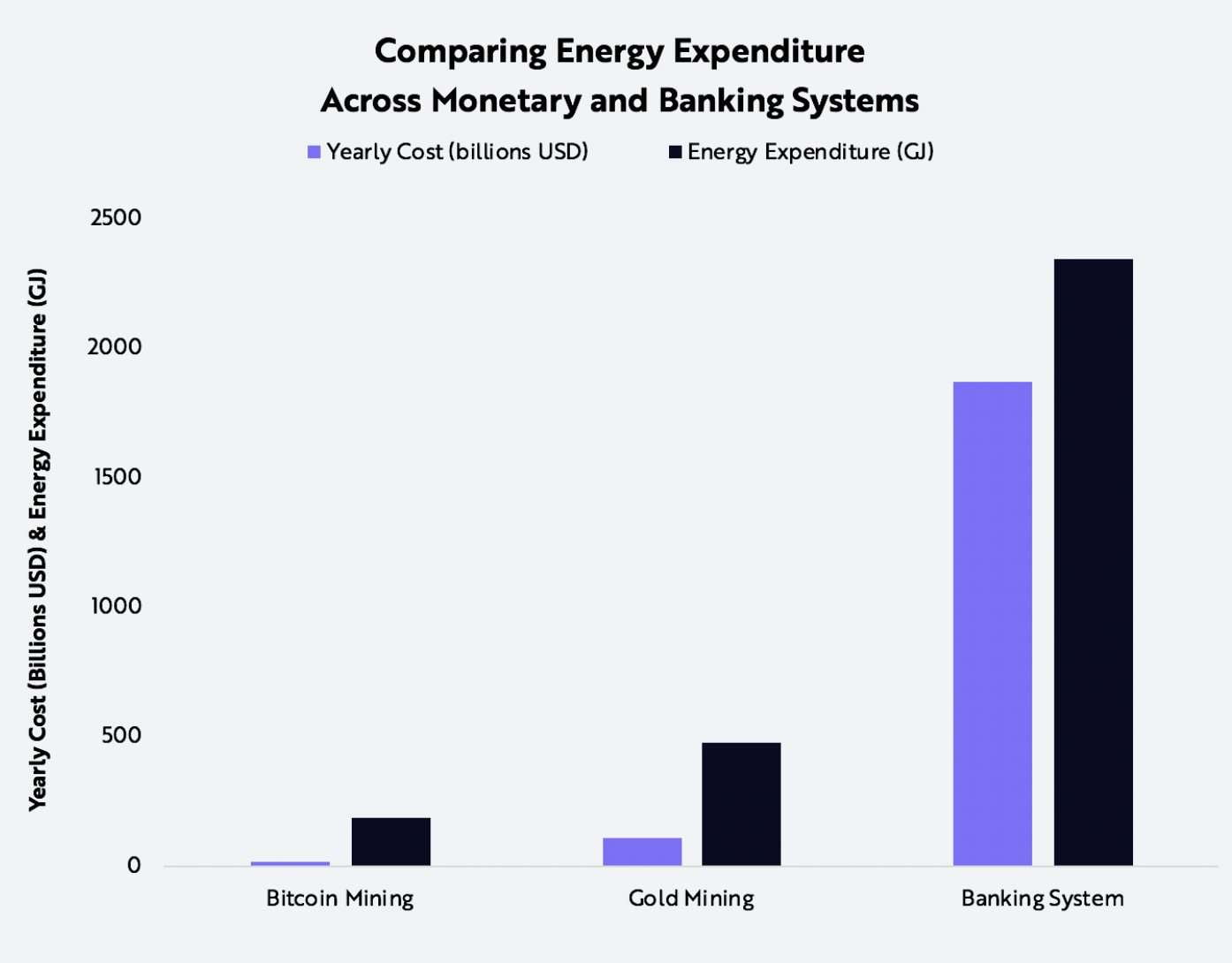 These myths were almost entirely part of a conference that Goldman Sachs held with its investors in late May. There, Goldman Sachs advised its clients not to invest in Bitcoin because it “lacks legitimacy, does not provide cash flow or allow for diversification, and is not an inflation-proof asset”.

Roger was not the first investor to predict the death of Bitcoin, yet the BTC has remained strong and in 11 years its value has increased exponentially from $0 to $9,200, at the time of publication. On the other hand, there is a growing institutional adoption. Contrary to their statements, it was proven that Goldman Sachs has bought Bitcoin in the past along with big players like JP Morgan.

At present, Grayscale Investments in particular is refuting the growing demand for Bitcoin like no other example. Grayscale has been in a “buying frenzy” for Bitcoin recently and has bought up to 3 times the amount of BTC produced by the miners because of the skyrocketing demand of institutional investors.

Here’s why they have it wrong:https://t.co/CD12cvkP0f